At the end of each season several awards are issued at our presentation ceremony.

For those of you new to the club this year a description of the various awards and what they signify is detailed below.
DECIMA NORMAN SPORTS PERSON AWARD
The Decima Norman Sports Person award is granted to ONE athlete from each age division from 6’s to 13’s  and ONE athlete from the combined age divisions of 14’s and older, at the conclusion of the season. The award is designed to encourage athletes and celebrate participation and achievement of personal bests.
One point is awarded to each athlete for each event that they compete in, and one point is awarded for every PB an athlete achieves (in eligible weeks).
SUSAN HOWLETT AWARD
This award is presented to the two athletes (one male and one female) who have achieved the most PB’s overall for the season. This is open across all age groups.
CENTRE CHAMPIONS
Awarded to one boy and one girl per age group. Points are tallied from events over the Centre Championship days. The one male and one female athlete from each age division with most championship points is the recipient of the award.
All members are welcome to compete, however to be eligible to receive points during Centre Championship days, athletes MUST have competed in an event three times throughout season to be eligible to receive points for that event during Centre Championships.
MIKE BIDDULPH AWARD
This annual award is presented to a senior athlete who always portrays the following:
• Sets a good example to junior athletes
• Willingly assists at the club whenever required
• Has regular attendance and participation
• Is respectful and considerate to all other athletes and adults.
Club members vote to decide which eligible athlete is awarded the trophy.
PETER WATSON HANDICAP EVENT
This is an annual event held on the last day of the season.
Age groups 6’s – 9’s run a distance of 700m (in two races – 6/7 and 8/9)
The remaining age groups run a distance of 1500m (in three races 10/11 and 12/13 and 14+)
The event is handicapped based on PB’s from the season (athletes will have a staggered start dependent on their handicap). Exact handicaps will not be revealed until the race.
There is only ONE trophy per race (fields are not split by gender) and athletes MUST have  competed at least once over the distance during the season to be eligible to compete. 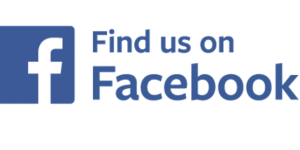